Where did Democrats have a large percentage of the vote? 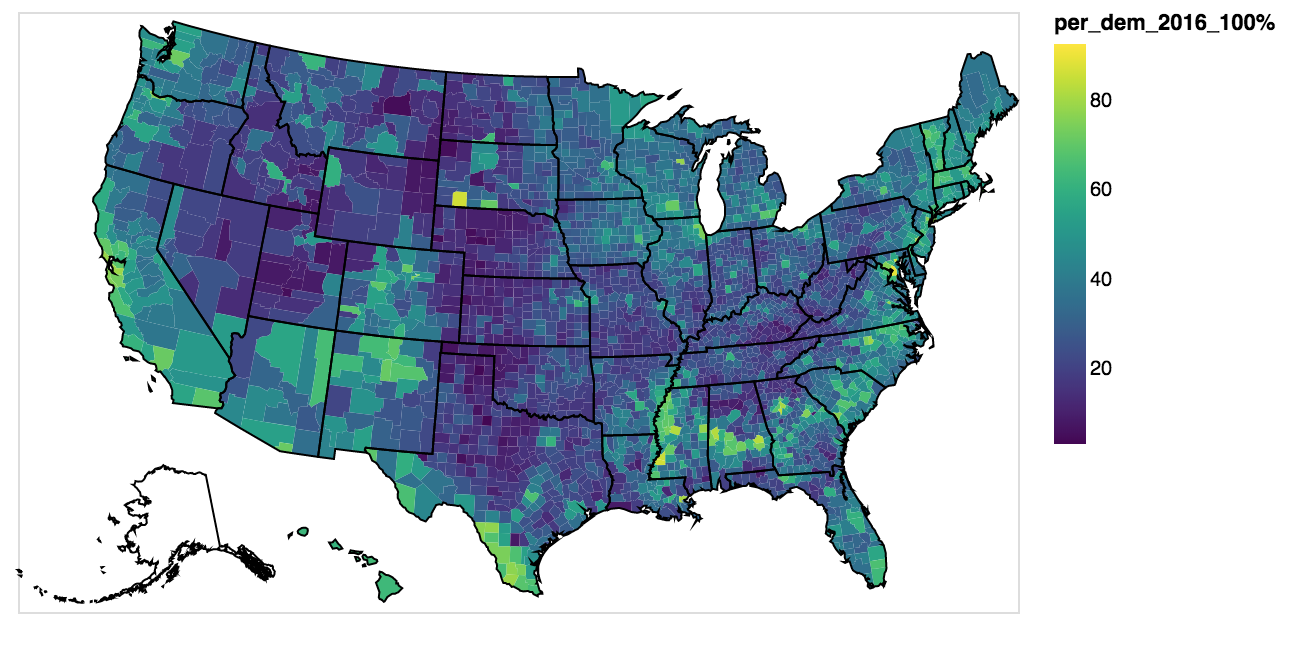 Predictably, in 2016 Dems won a belt of support from Mississippi through the Carolinas, (the Black Belt), and in coastal cities.

Where did Republicans have a large percentage of the vote? 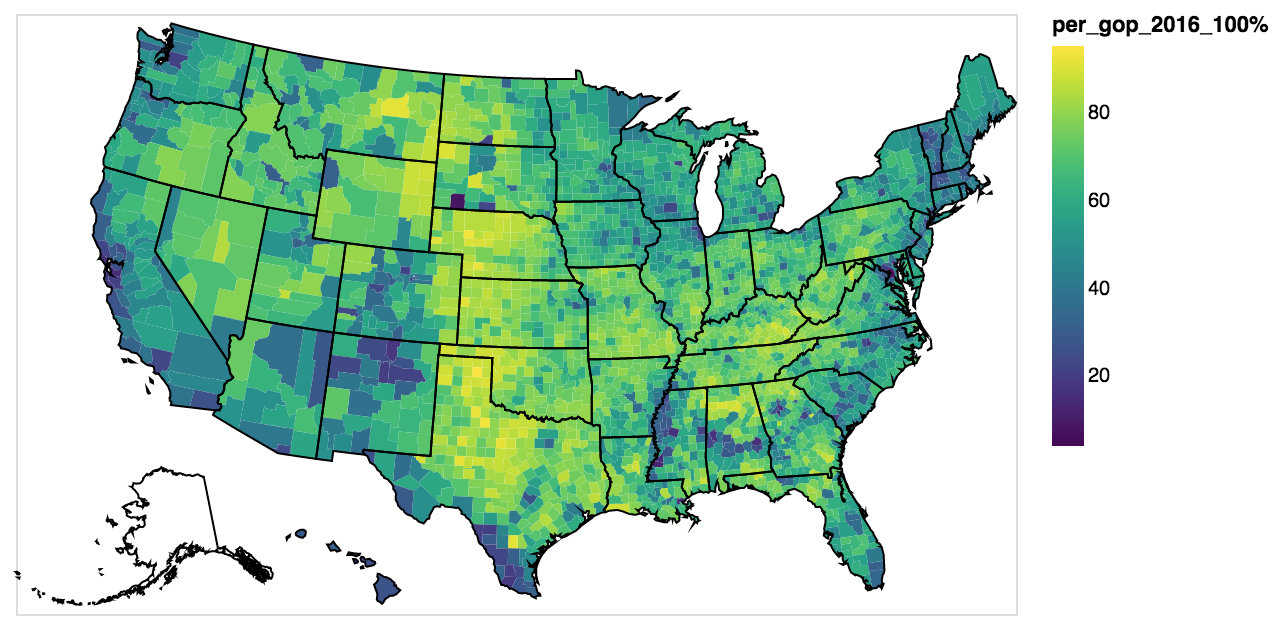 Republicans won in rural areas in 2016. But how was turnout different from 2012?

Where and how did the Democratic turnout change compared to 2012? 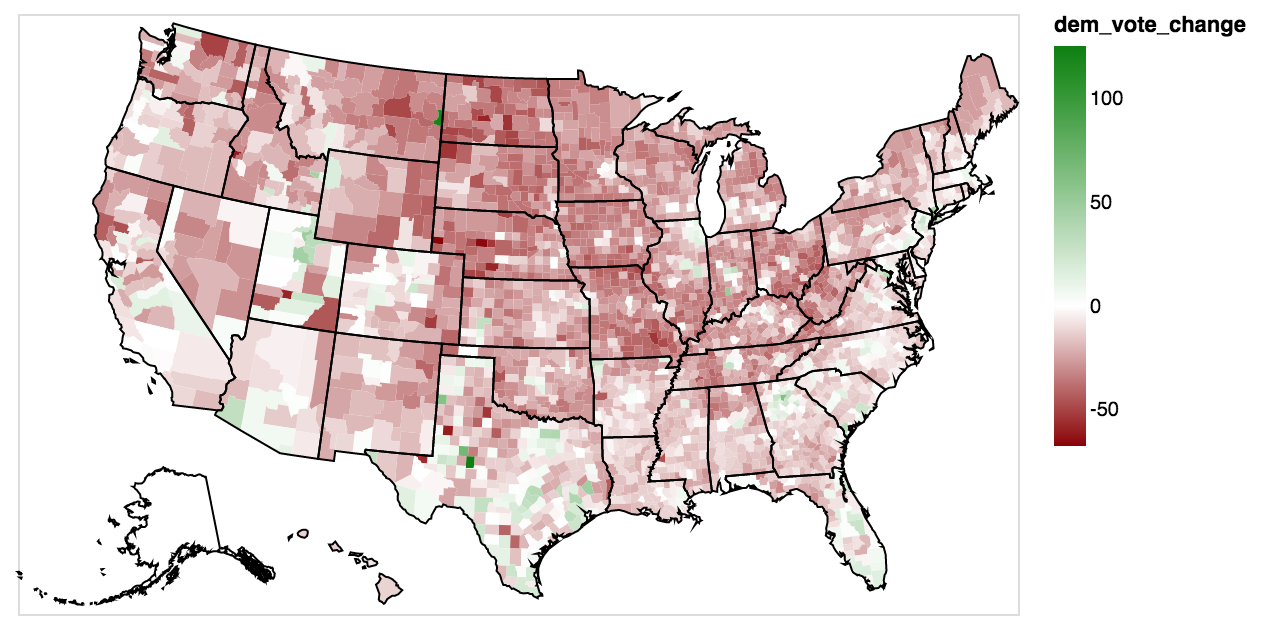 In the first sign of trouble, Democratic turnout was sharply down almost everywhere in the American interior, with very few increases even in coastal states.

Where and how did the Republican turnout change compared to 2012? 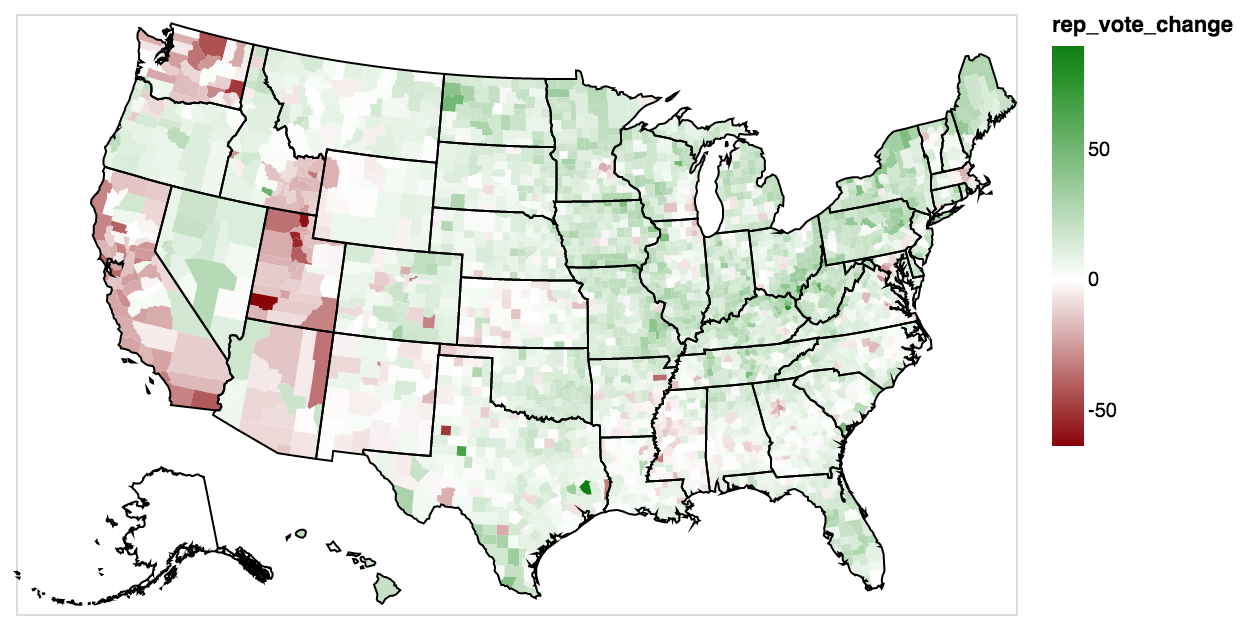 By contrast, Republican turnout was somewhat higher in the interior. However, Republican support was down from 2012 levels in several Western states, both conservative (Utah, Idaho) and liberal (Washington, California).

Where was the net Republican shift? 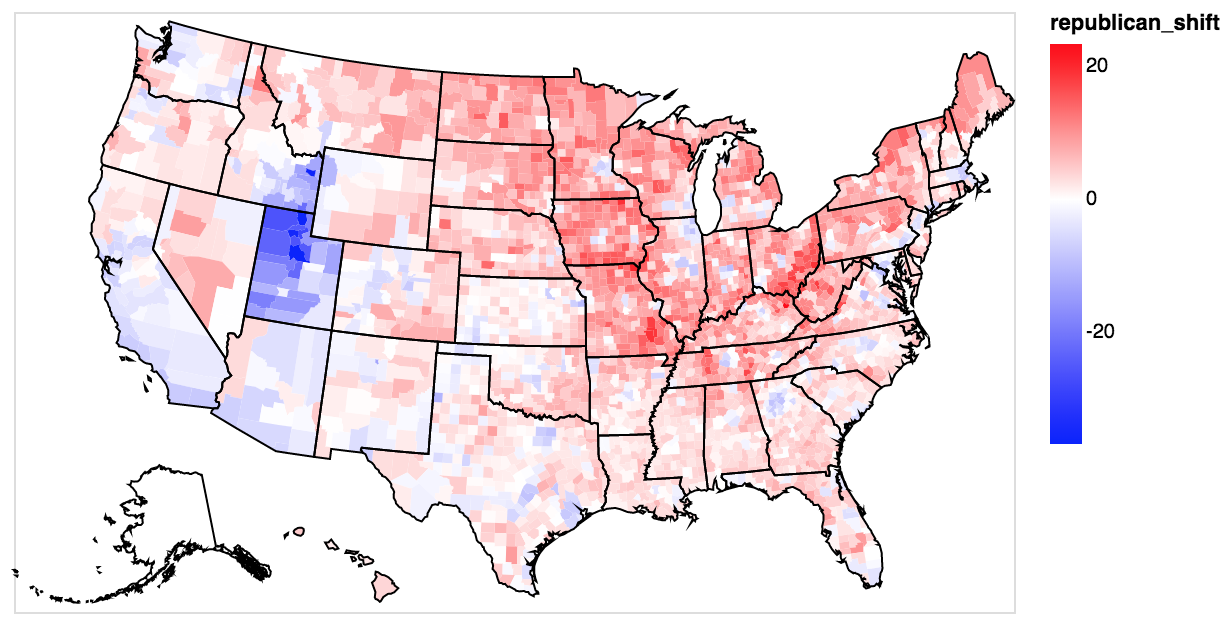 To understand what made 2016 different from 2012, we can just subtract.

We can approximate the Trump effect as the difference between the 2016 Republicans Presidential vote percentage and the 2012 percentage to see where Trump outperformed Romney (and won while Romney lost).

For example, in Winnebago, Wisconsin, Romney got 47% of the vote and Trump got 50.5%. This is a +3% Republican shift that flipped the county from blue to red.

In the map above, we clearly see that Trump underperformed Romney in Utah and parts of Idaho. (This makes sense, since Evan McMullin was a spoiler candidate and Mormons abandoned Trump in droves.) However, Trump overperformed in Missouri, Iowa, Ohio, and generally in the Great Lakes region.

This leads to the obvious questions: Why these regions? What was the basis of Trump’s appeal? 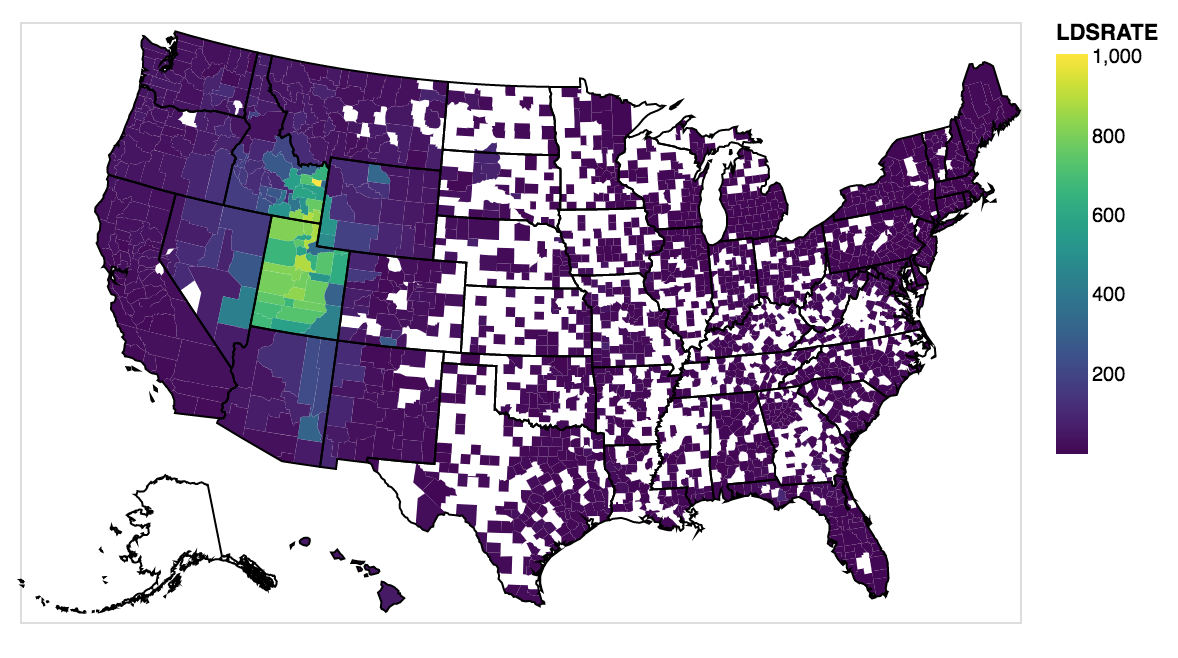 Some local effects immediately jump out. For example, that big blue blotch in Utah and Idaho (where the R candidate dramatically underperformed in 2016 compared to 2012) is Mormon country. Romney, a Mormon, enjoyed much higher support than Trump, who struggled for support given his behavior. Additionally, Evan McMullin (a Mormon) ran as a third party spoiler candidate, achieving his greatest support in his home state of Utah.

potential drivers of this shift.